Etienne Balibar: Towards a New Critique of Political Economy?— Marx and Beyond 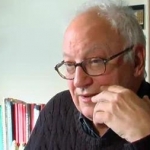 About the event: Why a new critique of political economy? What is (or should be) such a new critique? These are twin questions for which a single (and simple) answer could be offered, encapsulated in one term: “neo-liberalism” has come… But this is where difficulties begin, because “neo-liberalism” names either a reality (perhaps a new “stage” in the history of capitalism) or a discourse (supposedly inspiring some contemporary public policies), and the articulation between them is enigmatic. How to address this issue will be the topic of Etienne Balibar’s presentation, with an additional twist: it will be combined with references to Karl Marx (the well-known father of the “old” critique of political economy, who has much to teach us on its object and method), for him but also against him (inasmuch as he created some major obstacles on the road to the “new” critique).

Etienne Balibar is Professor Emeritus of moral and political philosophy at Université de Paris X – Nanterre and Distinguished Professor of Humanities at the University of California, Irvine. He has published widely in the area of Marxist philosophy, and moral and political philosophy in general. Some of his most recent works include The Philosophy of Marx (2014), Equaliberty: Political Essays (2014), Citizenship (2015), and Violence and Civility: On the Limits of Political Philosophy (2015). Etienne Balibar is Visiting Professor at Columbia University for the fall semester, 2015.

Please visit this link for videos of this event with introduction from Distinguished Professor Domna Stanton:

The Center for the Humanities Programming

The Seminars on Graduate Center Work in French and Francophone Studies
Inaugural Seminar: The Art of Translation

The first seminar in this monthly series brings in conversation five very different voices of translators from
within the Ph.D. Program in French:

Moderator: Jasmine Narcisse, doctoral candidate in French, ABD at The Graduate Center, Board Member of The Henri
Peyre French Institute, and curator for the HPFI seminar on “Impunity, Responsibility and Citizenship: Haiti.”

May 4th
The Animal of Time, Written by Valère Novarina (France) & Translated by Amin Erfani

The Animal of Time is a performance of the English translation of Valère Novarina’s L’Animal du temps, a theatrical adaptation of Le Discours aux animaux. In this musical performance, the protagonist speaks to animals—that is to say the audience—while taking them on a journey into the depth of language, one that reinvents itself every time the actor opens his mouth. He takes the audience into moments of inner darkness where speech and language are experienced through cataclysms of sounds and rhythms as though they were heard for the very first time. This theatrical performance features actor Chris Kayser, director Valéry Warnotte, musicians Frédéric Lamarre and Adrien Tronquart, and technician Rafaël Georges. The performance will be followed by a conversation with Valère Novarina.

The Henri Peyre Institute is happy to be a co-sponsor of this event.

The Keynote Speaker for this event will be Martha Alberston Fineman (Emory University).

What might vulnerability express that cannot be articulated in comparable concepts such as dependency, fragility, precarity? What does the concept conceal or render invisible? Vulnerability is ascribed to some bodies, to some psyches, and not to others. How do we theorize non-human vulnerability, and inquire into the relations between the vulnerability of life and the vulnerability of forms of life? The purpose of this workshop is to bring together scholars from various disciplines and different national settings to begin assessing the heuristic value of the concept, and to set the foundation for an international conference in 2016. This workshop aims to identify what counts as vulnerability in contemporary social sciences, political and moral philosophy, and beyond, in order to examine the epistemological and political consequences of this theoretical polarization.

The Henri Peyre Institute is happy to be a co-sponsor of this event.

October 28, 2014: Transformations of Taste in the new post-revolutionary society Ali Nematollahy (Baruch College and The Graduate Center) will discuss how “Taste” in matters of food and cuisine changed after the French Revolution and into early nineteenth-century French culture. Food and Foodstuffs in the French and Francophone Worlds

Haiti’s justice system functions in such paradoxical ways that it appears to reinforce impunity. What are the causes of such a persistent situation ?…

September 30, 2014: The Impact of Foods and Cuisine on Culture in France and the Francophone World. An Online Forum

Join our first Food Seminar Online Forum. September 30, 2014 From 1:00 to 7:00 PM Food and Foodstuffs in the French and Francophone Worlds

May 2, 2014: Haïti Hors-la-loi Disparity between Haitian Law and state decisions and actions. The State against Society. Historicity. Reception and effect. Lecture and discussion. Speaker: Laennec Hurbon. Impunity, Responsibility and Citizenship

April 9, 2014: The Discourses of Food from the 19th-century to the Inter-war Period Julia Przybos: “De l’imagination physiologique”/ Joseph Rienti: “The place of the restaurant in the literary culture”/ Lauren K. Christensen: “Cuisine as Nation: Regional Food, National Identity, and French Gastronomic Writing (1918-1940).” Food and Foodstuffs in the French and Francophone Worlds

March 31 2010 : The HPFI was the main funder and major organizer for the Evening with Haitian Playwrights in solidarity with the Haitian people, initiated by the Segal Theatre in collaboration with the French Ph.D. Program.
This event, marking the catastrophic human suffering it attempted, modestly, to address, also showed solidarity with Haitian artists who were able to come to New York City for a week and spend their time here performing, speaking and meeting with fellow theater artists in the New York area.
The group included several generations of artists and performers, represented by Coutechève Aupont, Dominique Batraville, Duckens Charitable, Michèle Voltaire Marcelin, and Guy Régis Junior. The evening was emceed by Jean-Dany Joachim. Translations of plays were provided by Philippa Wehle, Judith Miller, Peter Consenstein and Jean-Dany Joachim.

November 29, 2010: the Henri Peyre French Institute supported the Segal Theatre’s Contemporary Tunisian Theatre evening, with excerpts from the plays ARABERLIN and BODIES IN HOSTAGE by Jalila Baccar, playwright, actress, and grande dame of Tunisian theatre. Readings of her plays were directed by Phyllis Roome, and followed by a discussion between Jalila Baccar and Distinguished Professor Marvin Carlson (Graduate Center, CUNY).

December 16th: a Memorial was held for Bettina Knapp, who served with great dedication for many years on the Graduate Center faculty and on the Board of the HPFI. The event took place at Hunter College, spearheaded by the HPFI in collaboration with the Department of Romance Languages at Hunter, the Ph.D. Program in French, and Professor Knapp’s family.
This event was not only a remembrance of Professor Knapp and her career, but a celebration of the many kinds of scholarly qualities and knowledge that originally shaped the reputation of French at CUNY, and on which we still build today. Professor Knapp’s contributions to theater studies were particularly highlighted, and were yet another reflection of theater and performance arts as distinctive components of the HPFI’s focus.

2011
February 17th: the 2nd HENRI PEYRE FRENCH INSTITUTE DISTINGUISHED LECTURE was delivered by Distinguished Professor Domna Stanton (French, Graduate Center of CUNY), with the title “Top Down, Bottom Up, Horizontally: Resignifying the Universal in Human Rights Discourse.”
This was a particularly germane topic, given the focus the Ph.D. Program in French—and The Graduate Center proper—have placed on Human Rights studies. It also provided an exciting continuation of the theme of the first distinguished lecture, on the philosophy of the All-World and Relation, given by the late Edouard Glissant.

October 17 2011: the HPFI supported the Martin Segal Theater for a talk and performance by Rwandan playwright Odile Katese (“A Day with Odile Katese”). This artist had a major impact during her visit, not only at The Graduate Center, but beyond: she was brought to meet the Rwandan ambassador at the UN and to present an exhibition about her theatre project “Twenty Years after the Genocide,” as well as invited to the McCarther Theater in Princeton.

2012
From April 24 to April 30, the HPFI held a series of events as a seminar entitled Haiti-Rencontres, organized by French doctoral candidate Jasmine Narcisse.
The first event was an exhibit called Port-au-Prince Debout: 1750-2010, a collection of archival photographs on the architecture and neighborhoods of Port-au-Prince before the earthquake. Conceived by a group of Haitian artists and archivists, including united Haitian Artists, the CIDIHCA, and the filmmaker Franz Voltaire, the unique exhibit was commented on in a talk by Gina Cheron, who had previously toured it at the Queens Museum.
On April 25, the distinguished Swiss physician and medical researcher Jean-Daniel Rainhorn (Maison des Sciences de l’Homme, Institute for Global Studies, Paris) spoke on the causes of the cholera epidemic in Haiti today (“Un Autre Regard sur L’Epidémie de Choléra en Haiti”).
On April 30, the internationally-known poet and theater performer Syto Cavé made his second visit to the Graduate Center. Both these visits were historic in view of his stature in the world of Haitian letters and in the history of theater in NYC into the sixties, after which he did not return until the Graduate Center invited him a few years ago.
The Haitian Book Fair took place during that period, on April 22, at York College.

2013
In the Spring 2013 semester, the HPFI provided support for the annual French Doctoral Graduate Conference…