In Morocco sugar loaves are offered on the occasion of a marriage proposal (two sugar loaves), weddings, births, or visits to persons celebrating their return from the pilgrimage to Mekka.  It is said that sugar loaves symbolize joy, and they are used to prepare the traditional Moroccan mint tea.  During the tea ceremony, the loaves are broken with a special hammer made of copper or silver and then placed in a large metal box with a cover (boîte à sucre).  Some Moroccans will refuse to have their tea made with another kind of sugar, such as granulated sugar, and prefer the traditional sugar loaf.  A sugar loaf usually weighs two kilograms, and its conical shape is determined by its production process.

Through different refining processes, a “juice” is extracted from the sugarcane or beet.  That juice is filtered and boiled in order to obtain the crystalized sugar.  In the case of the sugar loaves, the liquid obtained is poured into cone-shaped molds and set to dry in special rooms.

Until the nineteenth century many countries used sugar loaves.  They could weigh between five and fifteen kilograms, and were used until sugar started being sold under other forms such as cubes or granulated sugar.

Nowadays, Moroccans consume a large amount of sugar (and the extremely high incidence of diabetes is one of the negative consequences of the introduction of sugar in the Moroccan diet), but that was not always the case.  Tea (Chinese gunpowder green tea, le thé vert de Chine) was introduced in Morocco by the British in the seventeenth century, along with the fashion for teapots and trays.  Moroccans used to accompany it with dates, but as tea consumption became more important in Morocco, so did the use and, therefore, the importation of sugar.

In his article The Mediterranean Sugar Industry, J. H. Galloway highlights how the association of sugar cultivation with the Mediterranean has not only been forgotten, but is little known, and he recalls that the “Mediterranean is the most northerly part of the world in which sugarcane, a tropical crop, has been successfully cultivated” (177).

In 1949 the French archeologist Paul Berthier discovered many important sugar production sites in Morocco.  A luxury item, according to Berthier, sugar was produced in Southern regions of Europe such as Spain and Portugal, and also in Sicily (during the late ninth and tenth centuries, as it was introduced by the Arabs), but it is not a well-known fact that sugarcane was also cultivated in Morocco.  In Les anciennes sucreries du Maroc et leurs réseaux hydrauliques. Étude archéologique et d’histoire économique. Un épisode de l’histoire de la canne à sucre Berthier points out that sugarcane was most probably introduced by the Arabs simultaneously in Spain and Morocco towards the end of the ninth century, and the sugar industry declines towards the end of the seventeenth century.  Berthier stresses two periods of prosperity: during the eleventh and twelfth centuries and from the sixteenth (1550) to the first quarter of the seventeenth century, under the rule of the Saadian (also Saadite or Saadi) dynasty, with many refining sites in Morocco (Galloway evokes fourteen).  The refineries were controlled by the state, and their locations were close to the sea, or rivers, or to forests since they required a lot of timber. Most of Morocco’s production of sugar was not intended for local use (very limited at the time); it was exported mainly to Italy, France, and England.  Sugar was exchanged for Carrara’s marble to build certain sections of the Marrakesh palaces.  According to Berthier, it was also traded for arms during the sixteenth century.  In The Mellah of Marrakesh: Jewish and Muslim Space in Morocco’s red city, Emily Gottreich notes that Marrakesh’s sugar was fancied by the Queen of England, who “would accept only Moroccan refined sugar for her household” (37).

Galloway also notes a historical shift for all countries producing sugar during the late fifteenth century: “Until the late fifteenth century, sugar was manufactured in the country in which it was grown and was exported as a finished product.  After about 1470, however, the imported sugar began to be further refined in Europe, first in Venice and Bologna and later in Antwerp and Holland.  As a matter of fact, sugar loaves made from sugar cane or sugar beet were common in Europe until the end of the nineteenth century…. The development of refining in Europe placed the producer in a dependent or ‘colonial’ relationship with the manufacturer, a relationship that has survived with little change to this day” (188). 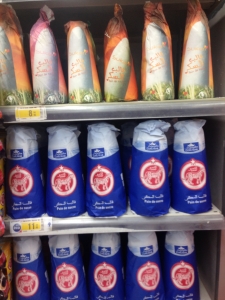 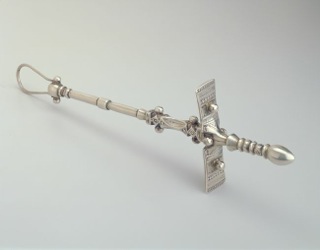